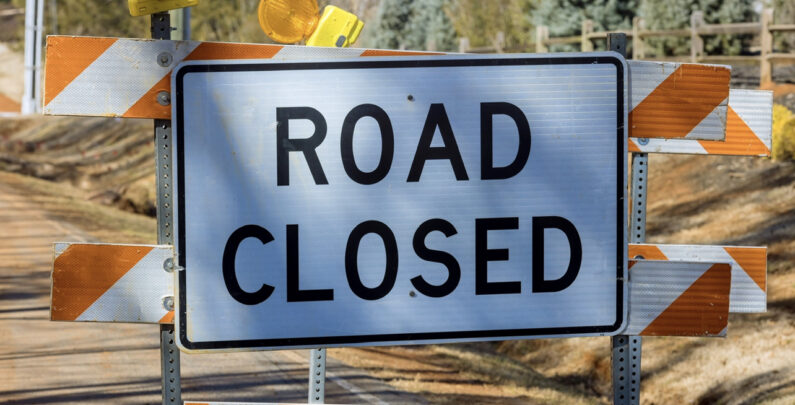 State Of The City Address

Broad Street southbound between 7th Street and 8thStreet will be closed Thursday, May 5th from 1 PM until 5 PM for the State Of The City Address. The Tivoli Theatre will host Mayor Kelly’s speech and community forum, however, an RSVP is required for attendance.

The following roads and intersections will be closed Friday, May 6th from 8:30 AM until 11:30 AM to stage the annual Armed Forces Day Parade:

W 11th Street at the intersection of Market Street

W 10th Street at the intersection of Market Street

The Armed Forces Day Parade will start at 10:30 AMwithin the southbound lanes of Market Street at 10thStreet and travel northbound until W 5th Street where the parade will disperse.  The following restrictions will be in place during the parade:

The cross streets of Market Street and MLK Blvd, 8thStreet, 7th Street, 6th Street, and 5th Street will be closed during the parade.

All street parking between 4th Street and 10th Street will be prohibited during the parade.

The eastbound right lane of 4th Street will be closed from Broad Street to Cherry Street for bus staging.

The following roads and intersections will be closed from Friday, May 6th beginning 2:00 PM until Saturday, May 7th at 6 PM for the Gran Fondo Hincapie setup and bike event.

East 10th Street at the intersection of Houston Street

Gran Fondo Hincapie Bike Ride – Cyclists will be escorted by CPD officers starting at 8:00 AM on Saturday, May 7th, beginning from E Martin Luther King Blvd, turning north onto Market Street.  CPD will be present at all intersections on Market Street, crossing into North Shore, and continuing on Cherokee Blvd.  Please watch for instructions from these officers as the cyclists will be given the right of way while an officer is present.

A secondary route traveling Manufacturers Road will have officers present at both HWY 27 ramps and at the entrance of Renaissance Park.

The first return cyclists are expected back into Chattanooga around 10:00 AM.

Inbound cyclists will return via Tiftonia using Cummings Road, Wauhatchie Pike, turning north onto Cummings Highway until Broad Street.  From Broad Street, cyclists will turn on W 33rd, then travel north on Alton Park Blvd / Market Street, right on W 12th Street, continuing onto Houston Street, and back to the closure on E Martin Luther King Blvd. Officers will be located at major intersections/traffic lights for the inbound cyclists.

Cyclists will be required to ride with traffic while following the rules of the road. This is an open course so expect cyclists throughout the city. Please pay close attention to officer instructions when CPD is present.

Most cyclists should complete their routes by 4:00 PM.

Hughes Avenue between W 40th Street and W 41stStreet will be closed Saturday, May 7th from 9:00 AM until 4:00 PM to host the South Chattanooga Holiday Market. Detours will be posted.

E 55th Street between St Elmo Avenue and Virginia Avenue will be closed on Saturday, May 7th from 9:00 AM until 5:00 PM to host the Corner Market on 55th Street.  Detours will be posted.

Reggie White Blvd between W 19th Street and the Skate Park access road will remain closed after the Kane Brown Concert to host Sunday’s Chattanooga Market. The theme for Sunday, May 8th will be a ‘Mothers’ Day Celebration’